Have A Look At 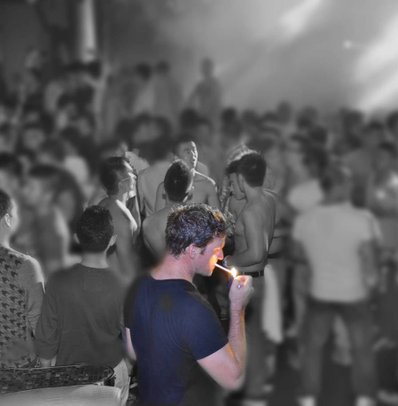 Located in eastern Beijing’s Chaoyang area and near the popular Sanlitun Bar Street where you’ll find several gay-friendly restaurants, Destination is the largest and most popular gay bar and dance club in Beijing. This stylish venue features a number of different bar areas and a large dance floor. Most of the cute and friendly staff speak a bit of English. Regular themed evenings include the ever-popular ‘Bear Hunting’ evening on the 3rd Friday of every month. Free WiFi is available.

Long-running bar located within the Aihua Hotel in Chongwen District, Ten Bar offers drag regular shows (usually starting around 11pm). The bar also has 15 well-equipped private karaoke rooms. On the weekend, you could expect dance performances and drag shows starting around 11pm. Mostly local crowd speaking Chinese, but staff and patrons are very friendly and will make an effort to talk in English.

6 Xingfu Yicun (in the alley opposite the north gate of Workers' Stadium), Chaoyang District | map

This is a gay-friendly bar. The crowd is mixed and diverse, and the place gets packed on Friday nights with its gay party. Alfa is a strong supporter of the LGBT community. Located in Chaoyang District, so you can check out other nearby gay venues in Beijing.

On the bustling streets on Sanlitun, this award-winning contemporary bar/lounge is located on the ground level of the Opposite House Hotel. Mesh attracts trendy, professional mixed crowds and also host’s occasional gay nights. A great place to chill out and soak up the atmosphere. Extensive wine list and signature cocktails are offered.

Casual gay bar located in the basement of the Golden Sun Hotel that attracts a mostly local crowd. Jujiao Yanyi Bar features karaoke and drag shows that attract a large following, especially on the weekend. Drinks are reasonably priced. No cover charge.

Chill is a supporter of the LGBT community. Located just off the south west corner of the Andingmen bridge junction, a 3-minute walk from Andingmen train station.

Located right by the lakefront of Chaoyang Park, the gay-friendly Lantung Thai Bar & Bistro serves a fine selection of cocktails and tapas in a sophisticated, three-story lounge setting.

A great place to chill out, soak up the atmosphere and make some new friends. Weekend ‘happy hour’ with discounts on fresh tropical shakes and Moon Deck cocktail specialties.

Exit the Chongwenmen Subway Station and face Glory Mall. Take the street on the left with a vacant lot on its left side. After 200m, on the right, you will see Wei Ni Si's entrance (glass doors in a new building) guarded by two elephants. Sauna, but no steam room or lounge. Better and more convenient than the older saunas. Drinks at reasonable prices. Mainly young locals. Shows on Wed, Fri and Sat at 10pm. Also offers massage. Open until 1:30am (no overnight stays).

Exit the Chongwenmen Subway Station and leave from NW gate, walk towards to North, 5 minute’s later you can see the biggest gay park in Beijing. On the mountain of the park so many of seniors are walk around, most of them are the gay people, also here have some of money boy are walk around.

Find the bigger of the two lakes (they are separated by a street). Prime cruising ground is the dark lane south of the facilities, but the whole lake is cruisy.

Bagou (just outside the south gate of the Summer Palace)

Take the number 10 subway line to the last station, Bagou, and then walk 10 mins northwest to the intersection of the river and 4th Ring Rd at Huoqiying Bridge. For summer months, west Beijing's largest outdoor swimming pool has become a 'must-go' place for locals. They congregate there on one side, especially on Sat afternoons. Just use your gaydar to spot them. The pool has shallow and deep sections, as well as lanes for serious swimmers. Entry is only Y$10, with a deposit for the locker key. Take your own towels, soap, and slippers for the shower afterwards, but only cold water.

The Wudaokou area near the Beijing Language and Cultural University. Surprisingly nice, busy and very cruisy. The small cafés and bars are full of university guys eager to talk and make new friends.